Oil rigs in the North Sea 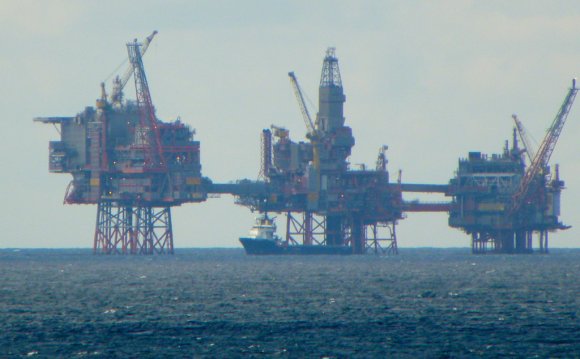 What do you do when you want to scrap an oil platform that is as big as the Eiffel Tower and as heavy as Transport for London's fleet of buses?

I forgot, it's also 450 miles out to sea in one of the world's most treacherous offshore areas.

This is the challenge facing Royal Dutch Shell as it begins the decomissioning process for the iconic Brent oil field in North Sea.

The field has produced about 10pc of the UK's oil and gas since in first went into operation in 1976 and generated £20bn of revenue for the Government.

But nothing lasts for ever and with 99pc of the field's oil reserves already sucked out of the ground, Shell has to begin the expensive and technically challenging task of removing the platforms in Brent.

To do this the Anglo-Dutch company has hired Allseas Group and it's giant catamaran, the Pieter Schelte, to lift the topside structure of the Brent Delta platform off of the giant concrete pillars which support it in the middle of the North Sea.