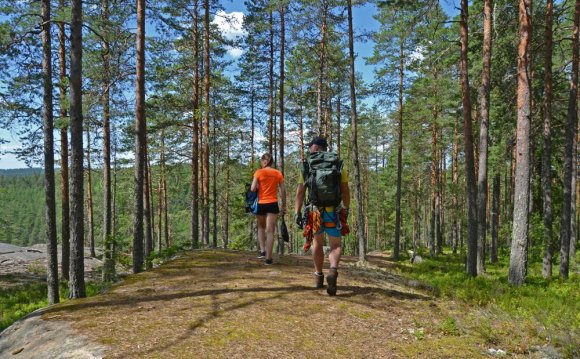 Tavastia Proper is the heart of the traditional region of Tavastia (Häme). Here you can find many old churches and manors from the time when Finland was part of the Swedish kingdom, as well as Häme castle.

Päijänne Tavastia is mostly defined by its largest city, Lahti, which is perhaps the most scenic large city in the southern part of the country.

While not famous for its natural attractions, you can find more "man-made" points of interest here than anywhere else. Home to almost a third of the Finnish population, there's always a lot going on in the extended capital region.

Kymenlaakso translates to Kymi valley, and it's bisected by the Kymi river. Most of the Finnish paper industry outside Central Finland and Pirkanmaa are located here and thus it shouldn't come as a surprise that the UNESCO World Heritage site located in this region is a former paper factory.

Located just south of the large lakes, South Karelia is the gateway both to the Finnish Lakeland and Russia.

The official language is Finnish, in much of coastal Uusimaa also Swedish (which is the majority language in some areas). Most Finns under the age of 50 understand basic English, and some tourist oriented services in the capital region are available in a range of other languages too.

Helsinki is the most important gateway both to Southern Finland and the rest of the country. There are flights from most large European cities and some destinations in Asia and North America by air, ferries from Stockholm, Travemünde, Tallinn and St.Petersburg and international train and bus connections from Russia. Most cities in Finland have a direct train or bus to Helsinki. Trains and buses from elsewhere in the country towards Helsinki also stop along the way in places e.g. Hämeenlinna, Lahti and Kouvola, but if you're coming from the other direction you very likely need to transfer in Helsinki. Except for Lappeenranta, there are no other passenger airports than Helsinki-Vantaa in the area.

Driving in Southern Finland: Part 9 and ½