Where is the Baltic Sea located? 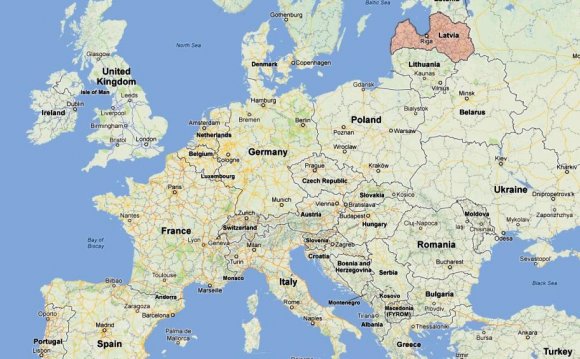 located in Northern Europe, extends from the Scandinavian Peninsula eastward to Finland, Estonia and Russia. Some parts (gulfs and bays) freeze over during the winter, but the main part of the Baltic does not freeze. Still, in general, in the Baltic region, winters are long and cold, whiles summers can be short but comparatively warm.

The Gulf of Finland is the easternmost part of the Baltic Sea, almost three hundred miles long, located between Finland (Helsinki), Estonia (Tallinn) and Russia (St. Petersburg)-all three capital cities were once part of the Russian Empire. The main rivers flowing into the Gulf are the Narva and Neva. The Gulf of Finland does freeze over from December through March.

The Narva River is one of the main rivers flowing into the Gulf of Finland. This was the site of Peter the Great's first attempt to build a "window to the West." In August 1700, at the start of the Great Northern War between Russia and Sweden, Peter moved to capture the port of Narva with his army of approximately 35, 000 men. While the siege of the town was underway, King Charles XII of Sweden, one of history's greatest military leaders, arrived on the scene in November with his army of about 8, 000 men. Peter the Great left his troops to meet the approaching Russian reinforcements and urge them along, but it was too late. On 20 November 1700, in a blinding snowstorm, the Swedes attacked the center of the Russian army. The rout was on, and the Russian army disintegrated; thousands died, over fifteen thousand surrendered. Swedish losses were about 600.

The Swedes had won the battle, but they were going to lose the Great Northern War (by 1721). More importantly, Peter founded St. Petersburg as his "window to the west" in 1703, and then in 1704 captured Narva to solidify his hold on the eastern Baltic.

The Neva (Нева) River is the other main river flowing into the Gulf of Finland. It flows from Lake Ladoga through Saint Petersburg for a distance of only about 65 miles. Although it is a very short river, it is one of the largest rivers in Europe in terms of average discharge volume. The Neva delta, with all of its channels, canals and islands, is the site of St. Petersburg.


Peter-Paul Fortress on the Neva, guarding the city of St. Petersburg

Peter the Great, inspired by the city layout of Amsterdam, founded St. Petersburg (Санкт-Петербург), aka Petrograd (Петроград from 1914 to 1924) or Leningrad (Ленинград from 1924 to 1991), on 27 May 1703 as his "window to Europe." It then became his capital city, and he ordered all Russian nobles to move to St. Petersburg from Moscow, or if they did not not move, at least they had to maintain a house there.

The problem was that the site of the new Russian capital city was a swamp, or more politely a "marsh, " subject to frequent flooding and the bitter extremes of winter and summer weather. Construction of any stone buildings basically ceased throughout the country while St. Petersburg was being built. Everyone traveling to the city had to also bring rocks. Embankments had to be built up; islands raised; and canals constructed to confine the flow of the river and drain the swamp. Thousands of serfs and prisoners-of-war who were forced into the construction of the city perished of malaria and the extremes of the climate. Their bodies were dumped into the construction sites; hence the nickname that St. Petersburg was a "city built on bones."

What is down there in the baltic sea ?