Council of the Baltic Sea States 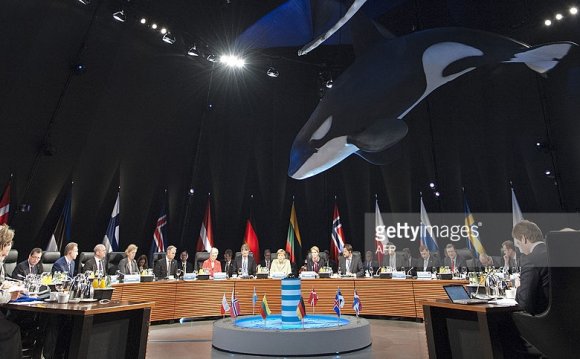 The Council of Baltic Sea States (CBSS) is an intergovernmental forum created among the countries of the basin with the aim to foster their co-operation in a number of fields, from economics to environment, transport to education.

The CBSS has 12 member states, namely:

As a response to the pressures for continental reunification emerging in Europe after the Cold War, in March 1992, in Copenhagen, Denmark, Germany, Norway, Finland, Sweden, Estonia, Latvia, Lithuania, Poland, Russia and Iceland agreed to create the Council of Baltic Sea States (CBSS) with the participation of the European Commission. Environmental protection, energy, trade, culture and the protection of human rights have been the key objectives on which the Council of Baltic Sea States has based its Action Strategy. At an economic level, customs procedures have been simplified contributing to the growth of trade. At the same time, cross-border co-operation has been strengthened on projects concerning communications.

Focusing on subjects related to regional and international politics, the intergovernmental forum has been able to increase the visibility of the Baltic quadrant in the wider European context. However, for Brussels the Council, which brings together members from both inside and outside the EU, is a strategic platform for political debate.

The Conference of foreign ministers

The Conference is the highest-level body of CBSS. It meets every two years and is responsible for defining the guidelines of the dialogue process. Â Â

The Committee, costituted of leading representatives of the Ministries of Foreign Affairs, has the function to assist the Council Presidency and to coordinate the organisationâs activities.

The Expert Groups are in charge of carrying out sectorally the Council's initiatives and programs. There are fiveÂ expert groups, namely:

Created In 1998, in Stockholm, the Permanent Secretariat has the function to provide technical support to the decision-making structures of the Council, ensuring enhanced coordination of organization's initiatives. Â

Gloria TV News on the Feast of St. Rose Venerini