Edge of the World book 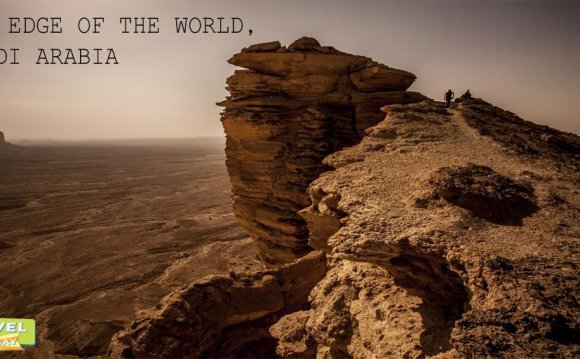 There is no prouder monument to the history of Shetland than Lerwick Town Hall. An inimitably Victorian fusion of Gothic and Scots baronial, its true glory is its stained glass windows. Downstairs, emblazoned on one of them, appears a quotation from the Roman historian Tacitus: “Dispecta est et Thule” – “And even Thule was glimpsed”. The allusion is to the circumnavigation of Britain in AD84 by a Roman war fleet; and whether “Thule” does indeed refer to Shetland, or else to Fair Isle, or even to Faroe, it concisely conveys the sense of achievement felt by those who had sighted it. The northern Ocean, it seemed to the Romans, stood at a forbidding remove from everything that made life bearable: sunshine, wine, olive oil. Its slate-grey waters, icy and teeming with monsters, marked the boundaries of the world itself.

A thousand years on, though, and Shetland had come to serve navigators, not as a frontier, but as a crossroads. Climb the stairs of Lerwick Town Hall to the magnificent chamber hall on the first floor, and you will find, illustrated in best Victorian stained glass, a pantheon of Viking heroes. There bristles Olaf Tryggvasson, the pirate who brought Christianity to Norway, and Harald Hardrada, the Norwegian who perished in 1066 making a land grab on England, and a whole host of other pirates, explorers and sea kings. They serve as a reminder of Shetland’s role as a service station for Vikings travelling the sea lanes between Scandinavia and Iceland, and of how, throughout the middle ages, the island was ruled, not from Scotland, but from Norway. The North Sea, no longer the final frontier, had become a thoroughfare.

Michael Pye’s study of how this phenomenon came about, and of its momentous long-term consequences, rides the crest of a much broader historiographical wave. Ever since Fernand Braudel, in 1949, published his groundbreaking work The Mediterranean and the Mediterranean World in the Age of Philip II, historians have been alert to the role played by seas in the development of civilisation. The past few years have witnessed a particular efflorescence. Monumental studies by David Abulafia and Cyprian Broodbank have continued the Braudelian tradition of tracing the longue durée in the Mediterranean, while Barry Cunliffe has been doing the same for Europe’s Atlantic seaboard. Now, in The Edge of the World, Pye turns the spotlight on to the life and traffic of the medieval North Sea. His justification for doing so is twofold: that hitherto it has been neglected by historians in favour of more glamorous stretches of water; and that its history matters. “This cold, grey sea in an obscure time, ” declares Pye in his introduction, “made the modern world possible.”

In that sense, the title of his book is ironic. The accomplishments of those who lived on the shores of the North Sea in the middle ages did indeed place them, not on the edge of the world, but in the very mainstream of European civilisation. Some of these are well-known: be it Bede, devising the calendar that we still use today, or the merchants of Antwerp and Amsterdam, preparing the way for modern capitalism in their bourses and counting houses. Others, though, are less obvious; and it is the measure of Pye’s achievement that he can breathe life into the traders of seventh-century Frisia or the beguines of late-medieval Flanders as well as into his more celebrated subjects. The Lowlands, in particular, emerge from his study as having as much claim to be the womb of modernity as anywhere in medieval Europe. From fashion to feminism, from money to marriage customs, Pye makes a convincing case that they pioneered them all.

Not, of course, that this is entirely what the book sets out to prove. Pye’s ambitions for it are altogether broader: for what he wishes to demonstrate is not merely that the various peoples bordering the North Sea contributed towards the forging of the modern, but that it was the North Sea itself which, in the words of his subtitle, “made us who we are”. Clearly, as the representation of Viking luminaries in the council chamber of Lerwick reminds us, there were times when the North Sea did indeed constitute a lake, and it can make sense to think of the various peoples along its shores as constituting a civilisation distinct from the rest of Europe. Throughout the early middle ages, there remained a self-sufficiency about them that not all the countervailing attractions of Latin Christendom could overcome. Even in England, where Northumbrians such as Bede and Wilfrid looked to Rome as the lodestar of their church, the various Anglo-Saxon kingdoms defied absorption into Charlemagne’s empire, and spoke a language that aligned them more closely with the pagan Frisians and Danes than with the Latin-speakers of Christian Francia. To that extent, then, the Viking firestorm that swept over the British Isles in the ninth century marked less a rupture with what had gone before than an intensification of it. By the year 1000, it was not only the North Sea that shared a common culture, but Ireland, Iceland, and even a few precarious outposts in North America.

The apogee of this trend came in the reign of the Danish king Cnut, who dominated both Scandinavia and Great Britain, and all the shipping lanes in between. Remarkably, though, Pye does not even mention his sea empire; nor does he trace the twin processes which, over the course of the 11th century, saw the realms of the North Sea drawn decisively into the orbit of Latin Christendom. First, there was the conquest of England by the Normans: erstwhile Vikings who had evolved to become French-speaking chevaliers, and whose cultural loyalties were not to Norway or Denmark, but to France. Secondly, combined with the emergence of an increasingly assertive papacy, there was the final defeat of paganism in Scandinavia. By the 1070s, Gregory VII could seriously attempt to bully the Danish king into holding his realm as a fief from himself; in 1164, Alexander III confirmed the Norwegian warlord Olaf Haraldsson, who had died in battle against Cnut’s forces and been the half- brother of Harald Hardrada, as a saint of the Roman Church. The North Sea had turned decidedly Latin.

Pye, though, touches on none of this – and it severely unbalances his book. The focus on the North Sea that is such a feature of his early chapters becomes increasingly blurred. Descriptions of the Mongols, or the universities of Bologna and Paris, are all very interesting – but what they have to do with Pye’s theme is not immediately obvious. The problem he faces is as simple as it is unacknowledged: so successful was the process of conquest and evangelisation by which Latin Christendom expanded into its northern periphery that what had been distinctive about the North Sea in the early medieval period was increasingly lost. England ended up an imitation of France; Scotland an imitation of England; only in Orkney and Shetland did anyone give much thought any longer to the Norwegians across the waters.

Part 2 - Over the Edge of the World Book Review

The House at the Edge of the World Free Download Book