Oil in the North Sea 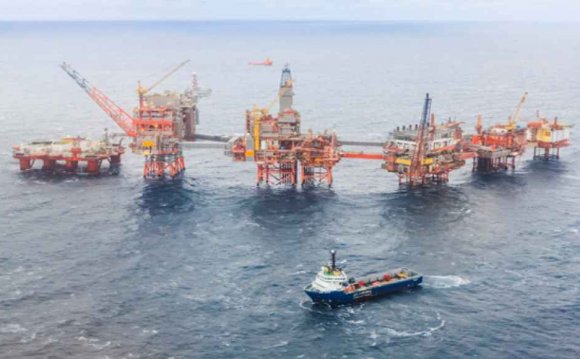 A 15-year trend of falling oil and gas production in North Sea has been reversed, according to the UK energy industry trade body.

Oil & Gas UK (OGUK), which represents more than 500 companies working in the offshore industry, said output from the UK Continental Shelf in 2015 rose between 7pc and 8pc compared with the previous year.

The North Sea produced 545m barrels of oil and gas in 2014, according to OGUK figures, implying that up to 590m barrels were extracted last year.

Government data for production from the North Sea for the first 10 months of last year showed liquid output rose 10.6pc and gas was 6.1pc higher.

“Output in November and December tends historically to be more stable, ” said Deirdre Michie, chief executive of OGUK. “Even so, we now expect year-end production for the full year of 2015 to be higher than last year.”

The increase was helped by new facilities coming on stream, such as Taqa’s 10, 000-barrel-a-day Cladhan field off Shetland.

Times are really tough for this industry and for the people working in it. We will continue to see job losses as we move into 2016

Ms Michie said the lower oil price – which had traded at more than $100 a barrel for several years until September 2014 – would result in a retrenchement in the industry despite the positive news on production.

“While the UK offshore oil and gas industry is having to adapt to the low oil price and driving greater efficiencies throughout its operations, the fact is that the value of our product has more than halved, ” she said. "Times are really tough for this industry and for the people working in it. We will continue to see job losses as we move into 2016.”

She said that the increase in production “underlined” the industry's commitment to the UK Continental Shelf, and added that the North Sea fields – which still hold up to 22bn barrels of oil and gas – show “great promise for the future and are vital for the country’s security of supply”.

“There is a lag effect in offshore investment, ” he said. “Investments sanctioned today will take three to five years to start producing, so the new wells would have been approved back when oil was above $100.”

Mr Warn said that this delay, combined with the current oil price, means “UK North Sea oil and gas production ‘news’ headlines will be horrendous in the 2017-20 time period” as the reduction of investment resulting from today’s lower prices will only start being felt in two years' time.

Oil: How the North Sea boom changed Aberdeen, Radio 4 in ...

Jotun B Oil platform offshore in the North Sea

Oil rigs in the North Sea