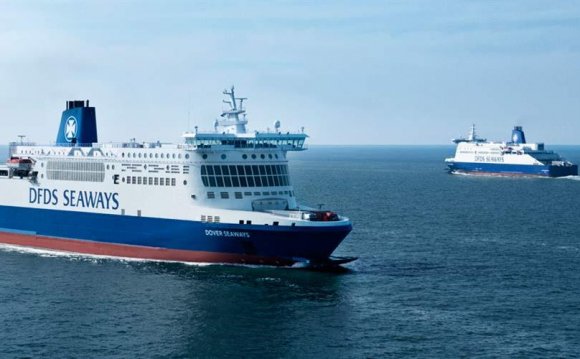 The DFDS Seaways Newcastle Amsterdam ferry crossing between England and Holland is the only service operating on this route. With crossing durations from 15 hours 30 minutes, the route is scheduled to run around 7 times per week.

The regularity and duration of crossing varies from time to time so it is advisable to get a live quote for current availability.

Prices shown represent the average one way price paid by our customers. The most common booking on the Newcastle Amsterdam route is a car and 2 passengers.

The English city of Newcastle, or Newcastle upon Tyne, is located in the north east of England and lies on the north bank of the River Tyne, around 14 km from the North Sea. The city is well known for its historical ties with coal mining and as an important centre for the wool trade. Dating back to the 16th century, Newcastle's port and shipyards was once one of the largest centres of shipbuilding and ship repair in the world. The city has a number of iconic brands associated with it including Newcastle United Football Club, a Premier League football team, Newcastle Brown Ale and the city's Tyne Bridge. Newcastle's light railway network, known as the Metro, operates on both sides of the River Tyne and connects Newcastle with many places including Gateshead and the beaches of Whitley Bay and Tynemouth. Visitors to the city should note that although the city's nearest beaches are lovely, the beaches located further north up the Northumberland coast, are far superior.

Newcastle's port is actually located around 16 km to the east of the city centre on the north bank of the River Tynes. The passenger terminals have recently been refurbished and offer all the usual facilities including covered walkways, a number of check-in desks and automated luggage handling. Ferry services operating from the port depart daily to Amsterdam in The Netherlands and two sailings each week to Gothenburg in Sweden and Kristiansand in Norway.

Amsterdam is the capital city of The Netherlands and is located in North Holland province, in the west of the country. The city is an extremely popular tourist destination and attracts around 4 million visitors each year. There are many important and interesting attractions in the city, but includes the Amsterdam Museum, Anne Frank's House, Hermitage Amsterdam, the Van Gough Museum, the Rijksmuseum and the Stedelijk Museum. The city also has an amazing network of canals which are around 100 km in length and are also a major attraction for the city's visitors. The main canals are Prinsengracht, Herengracht and Keizersgracht. The city is actually made up of around 90 islands that are linked by around 1, 200 bridges and because of its canal network it is sometimes referred to as the "Venice of the North".

The city has a world famous vibrant nightlife with many bars, restaurants and clubs to enjoy. The typical Bruine Kroeg (brown café) brings a more old fashioned atmosphere with dimmed lights, candles, and a somewhat older clientele. Most cafés have terraces in summertime. A common sight on the Leidseplein during summer is a square full of terraces packed with people drinking beer or wine.

Amsterdam is also very welcoming to bicycles and has excellent facilities for cyclists including bike paths, bike racks and a number of guarded bike storage garages which can be used for a small fee. In 2013, there were about 1, 200, 000 bicycles in Amsterdam outnumbering the amount of citizens in the city.