Map of the North Sea 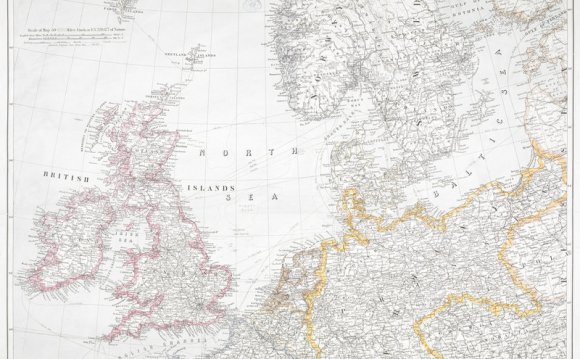 In 1931 a fishing boat trawling the North Sea hauled in a spear point along with its catch. The sharpened piece of antler with barbs carved into one sides was almost 14, 000 years old—a remnant of a place called Doggerland, underwater since the end of an ice age raised sea levels.

Today, researchers are embarking on an ambitious project to fully explore Doggerland—using DNA, seafloor sediment, and survey data from oil and gas companies.

This kind of research used to seem impossible. Vincent Gaffney, an archaeologist at the University of Bradford, used to tell students it was a landscape researchers could do nothing with. But in 2001, he started to wonder if data from energy companies could make a map.

Archaeologists began looking at remote sensing data that these companies had gathered while seeking oil and gas. They had a 3D seismic dataset that shows distinct layers. “Imagine just cutting a nice big cake, ” Gaffney says. “You can see the layers of sponge and cream—and of course on the bottom there’s oil in there somewhere.” The energy companies only care about the very bottom of the cake, but Gaffney and his colleagues focused on a layer closer to the frosting. Based on studies that had dated the sediment, they knew that between 30 and 50 meters under the sea floor lay the former surface of Doggerland.

Tracing this layer of sediment, the team mapped about 17, 000 square miles of the drowned and buried country—an area, Gaffney says, “slightly larger than Holland.” In its topography they’ve found hills, coastlines, lakes and rivers. “But it’s a map without people at the moment, or animals or plants, ” Gaffney says. That’s where the project’s next phase comes in.

The European Research Council recently awarded a team led by Gaffney a €2.5 million grant—about $2.6 million. Soon the scientists will head to sea. But they plan to do a lot more than just make maps. They’ll follow two of the country’s sunken river beds, taking core samples in search of pollen, fossils, insect remains, and other signs of life.

Hexe:The witch of the North Sea