Working in the North Sea 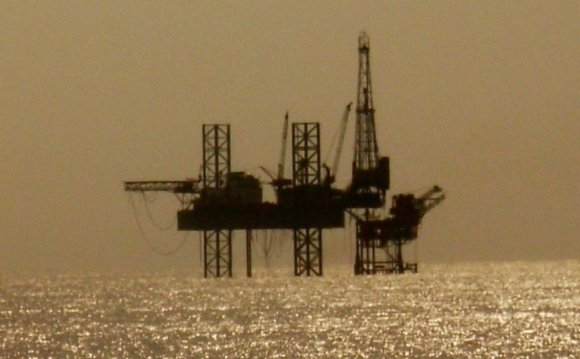 Jake Molloy began working offshore in 1980, delivering accommodation maintenance services in the Ninian Field, located in the northern North Sea. Having worked oil rigs for 17 years, who better to explain what life (and work) was like on them…

What was your first impression on seeing an oil rig?

I was totally in awe. The size and scale are beyond belief – an oil rig is a harbour, an airport, a hotel and a refinery. And you get there by helicopter!

Was it new for you?

Aged 21, I had never flown in a helicopter or been in such a small aircraft on my way to Shetland. That was an exciting adventure.

Before you can take the helicopter you’re given basic offshore survival and emergency training. When you fly you wear at least three layers of clothing, then a diving suit, then you put on a life jacket. Everything points to disaster but you’re just trying to get to work! After a while, though, it’s as routine as catching a bus.

How did you land the job?

I was a plumber onshore. I was asked to look at the accommodation facilities with a view to upgrading them. What I thought would be six months turned out to be 17 years. I moved into checking the systems that alert the platform to a fire and gas leak. During a downturn I was laid off and came back three months later to monitor production systems. I checked pressures, topped up oils, put antifreeze into gas systems. I got paid off again, then came back as a landing officer on the helideck.

You have to be able to get on with people because you’re spending half your life with people other than your normal partner. I spent more time with my room-mate than my wife. You need be able to mix it with folk, to know the strengths and weaknesses off your colleagues. Conflict must be avoided in such confined spaces.

What hours do you work?

And what about the pay?

What do you do for fun?

During downtime you retire to your cabin. Most of the time you have space to yourself, but not always. We played snooker, dominoes, darts – there was a great camaraderie back then. You got a newspaper every other day, and of course no Wi-Fi or computers. We got BBC Radio Scotland. To talk to your wife you had to get up at 5am to book a phone call and after six minutes you got cut off!

Today there is Wi-Fi and workers talk to their families using an iPad. The camaraderie has suffered, I think. Everyone used to gather in the cinema and games room but not many people do that anymore. They get tuned into their own devices.

What’s the most rewarding part of being an oil rig worker?

Time off! The fact you have 13 full days on a “two shift” [two weeks on, two off] to do as you please. No strings. That was always the attraction.

The North Sea - In Love

Divers in the North Sea