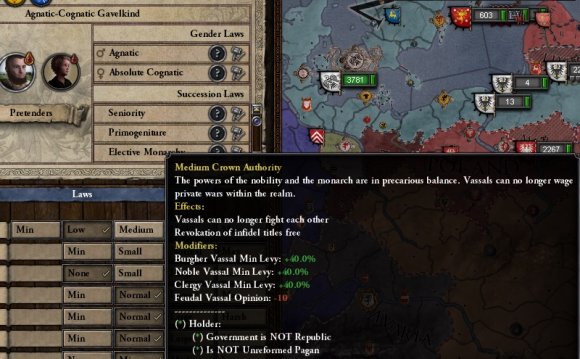 In his relatively short lifetime, Cnut the Great rose to become overlord of the greatest empire Denmark has ever seen. Yet his legacy remains a mystery to most Danes, with many people unaware that England was once part of a North Sea empire ruled by a Danish king.

In contrast, most English school kids have heard of King Cnut. Few forget the fun they had guffawing over his rude-looking name (in Old Norse, he’s Knútr, so Cnut is more accurate than Canute) and the hubris and folly displayed in his order to an incoming tide to stop. This, as we shall see in part two, was not true, and the fact that his empire was so fleeting may go some way to explaining this blind spot.

The grandson of a legend
Cnut was born in around 995 to a Danish father and Polish mother. He was the son of Sweyn Forkbeard (known in England and Wales as Sven the Dane, the founder of Swansea), the legendary Viking king and son of Harald Bluetooth.

Historians don’t know much about Cnut’s childhood, only that, according to the Knytlinga saga, he grew up to be “exceptionally tall and strong and the handsomest of men, except for his nose, which was thin, high set and rather hooked”.

Upon his father’s death, the young Cnut, feeling the calling of his dynastic roots, decided to finish off the job and conquer the parts of England his father had failed to reach. To that end, he set sail in 1013 with an army of 10, 000 Vikings from all over Scandinavia in 200 ships. Also present among the force were hundreds of Poles lent by a Danish ally, Borislaw the Brave.

Avenging a Viking genocide
But the other king of England, Ælthelred the Unready, was not about to let Cnut grab the reins of power without a fight. Æthelred, one of the last Anglo Saxon kings, had ordered the St Brice’s Day massacre of all ethnic Danes.

Danes, around this time, lived in their own separate enclaves outside the Anglo Saxon towns and villages, enraging Æthelred who issued a royal charter amounting to ethnic cleansing: “All the Danes who had sprung up in this island, sprouting like cockle amongst the wheat, were to be destroyed by a most just extermination.”

It should be remembered at this point that Viking raids had been going on for centuries on the British Isles and the ever-increasing amounts of Danegeld – a form of protection money demanded by the Vikings – was getting out of hand. An aunt of Cnut was said to be among those killed in the subsequent massacres, making vengeance a personal matter for Cnut.

Veni, vidi, vici, but in Norse
When Cnut’s raiders landed on the south coast of England – the operation was presciently codenamed Sealion – it was clear that they were a force to be reckoned with.

One chronicler, Emma, noted the superiority of their forces as such: “Gold shone on the prows, silver also flashed on the variously shaped ships. Furthermore, in this great expedition there was present no slave, no man freed from slavery, no low-born man, no man weakened by age; for all were noble, all strong with the might of mature age, all sufficiently fit for any type of fighting.”

The fighting was fierce and Æthelred, who was unready for such an onslaught, fled to Normandy, causing a number of his forces, including the Viking Thorkell the Tall, to switch sides to Cnut.

By 1016 Cnut controlled much of southern England and advanced north of the Thames to take the lands known as Mercia, but one place in the south remained a particular headache. London, inside its stone walls, was proving a tough nut to crack, so Cnut laid siege to it.

Edmund Ironside, the son of Æthelred, returned with an army raised in Wessex and fought the Danes outside London with heavy losses on each side and no clear winner. Æthelred died at around this time, leaving the crown, for what it was worth, to his son Edmund. Battles continued in Essex, leading to a total English defeat and the coronation of Cnut in London on Christmas Day 1016.

Cnut’s consolidation of power was swift. On the one hand he was welcomed, particularly as he promised to protect the population from the anarchic bands of ravaging Vikings, but on the other he was feared, and he put to death any nobleman he felt he couldn’t trust.

He wed Æthelred’s widow, Emma of Normandy, who was the daughter of Richard the Fearless, thus marrying into the Normandy elite as a means of avoiding invasion. He also cut a deal with Edmund, respectful of his fighting prowess, allowing him to keep all of England south of the Thames. Edmund died in mysterious circumstances not long after, giving Cnut the whole of England.

Vexed, annexed and taxed
He divided England into four regions – Wessex, Northumbria, East Anglia and Mercia – and, legitimising Danegeld, taxed the living daylights out of the population. With this treasure Cnut was able to pay off his army and turn his attention back to unfinished business in Scandinavia.