Facts About the Baltic Sea 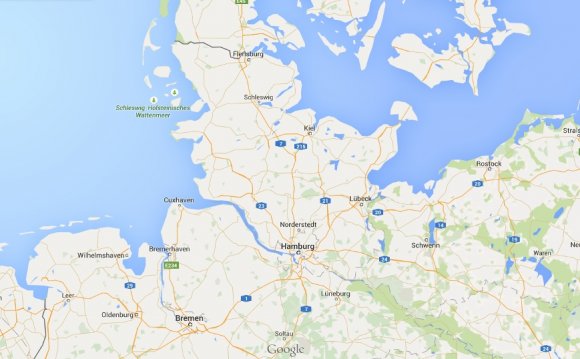 The Baltic Sea is located in Northern Europe, from 53 deg. to 66 deg. north latitude and from 20 deg. to 26 deg. east longitude. It is bounded by the Scandinavian Peninsula, the mainland of Northern Europe, Eastern Europe, Central Europe, and the Danish islands. It drains into the Kattegat by way of the Öresund, the Great Belt and the Little Belt. Kattegat then continues in the Skagerrak into the North Sea and the Atlantic Ocean. The Baltic Sea is linked to the White Sea by the White Sea Canal and directly to the North Sea by the Kiel Canal. The Baltic Sea is a brackish inland sea, the largest body of brackish water in the world. The fact that it does not come from the collision of plates, but is a glacially scoured river valley, accounts for its relative shallowness.

On average, the Baltic Sea is iced in winter for roughly half of its surface area. The ice-covered area includes Gulf of Bothnia, Gulf of Finland, Gulf of Riga and Vainameri in Estonian archipelago. The Baltic proper, or Central Baltic Sea, does not normally freeze at all with the exception of sheltered bays and shallow lagoons (such as the Courland Lagoon). The ice reaches a maximum extent in February or March. Icing begins in the northern coast of Gulf of Bothnia typically in early November, reaching the open waters of Bothnian Bay, the northern basin of Gulf of Bothnia, in early January. Bothnian Sea, the basin south of it, is frozen on average in late February. Gulf of Finland and Gulf of Riga freeze typically in late January.

The northern part of the Baltic Sea is known as the Gulf of Bothnia out of which the northernmost part is referred to as the Bay of Bothnia or Bothnian Bay. The more round southern basin of the gulf is called Bothnian Sea and immediately to the south of it lies the Sea of Åland. The Gulf of Finland connects the Baltic Sea with St. Petersburg. The Gulf of Riga lies between the Latvian capital city of Riga and the Estonian island of Saaremaa.

The Baltic sea drainage basin is roughly four times the surface area of the sea itself. About 48% of the region is forested, with Sweden and Finland containing the majority of the forest, especially around the Gulfs of Bothnia and Finland. About 20% of the land is used for agriculture and pasture, mainly in Poland and around the edge of the Baltic sea proper, in Germany, Denmark and Sweden. About 17% of the basin is unused open land with another 8% of wetlands. Most of the latter are in the Gulfs of Bothnia and Finland. The rest of the land is heavily populated.

The Baltic Sea somewhat resembles a riverbed, with two tributaries (the Gulf of Finland and Gulf of Bothnia). From geological surveys it has become apparent that there was a river in the area prior to the Pleistocene: the Eridanos. Multiple glaciations in the Pleistocene scooped out the river bed into the sea basin. By the time of the last, or Eemian interglacial, the Eemian sea was in place.

At the time of the Roman Empire, the Baltic Sea was known as the Mare Suebicum or Mare Sarmaticum. Tacitus in his AD 98 Agricola and Germania described the Mare Suebicum, named for the Suebi tribe, during the spring months, as a brackish sea when the ice on the Baltic Sea broke apart and chunks floated about. The Sarmatian tribes inhabited Eastern Europe and southern Russia. Jordanes called it the Germanic Sea in his work the Getica.

Since the Viking age, the Scandinavians have called it "the Eastern Lake" (Austmarr, "Eastern Sea", appears in the Heimskringla and Eystra salt appears in Sörla þáttr), but Saxo Grammaticus recorded in Gesta Danorum an older name Gandvik, "-vik" being Old Norse for "bay", which implies that the Vikings correctly regarded it as an inlet of the sea. (Another form of the name, "Grandvik", attested in at least one English translation of Gesta Danorum, is likely to be a misspelling.)

In addition to fish the sea also provides amber, especially from its southern shores. The bordering countries have traditionally provided lumber, wood tar, flax, hemp, and furs. Sweden had from early medieval times also a flourishing mining industry, especially on iron ore and silver. Poland had and still has extensive salt mines. All this has provided for rich trading since the Roman times. In the early Middle Ages, Vikings of Scandinavia fought for power over the sea with Slavic Pomeranians. The Vikings used the rivers of Russia for trade routes, finding their way eventually all the way to Black Sea and southern Russia.

During the Second World War Germany reclaimed all of the southern shore and much of the eastern by occupying Poland and the Baltic states. In 1945 the Baltic Sea became a mass grave for drowned people on torpedoed refugee ships. As of 2004, the sinking of the Wilhelm Gustloff remains the worst maritime disaster of all time, killing (very roughly) 9, 000 people. In 2005, a Russian group of scientists found over 5, 000 airplane wrecks, sunken warships, etc., (mainly from the Second World War) lying in the bottom of the sea.

The 3 main theories about the Baltic sea anomaly