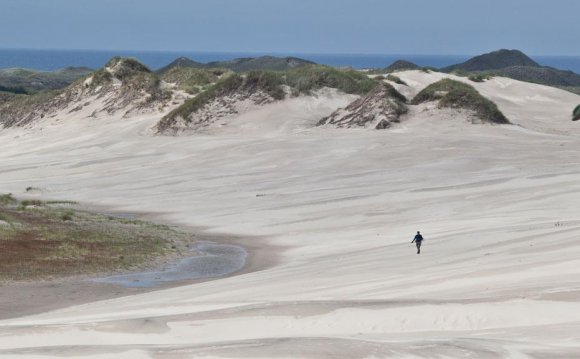 The Wadden Sea is a national park and World Heritage Site in Denmark. It extends along the southern stretch of Denmark's West Coast, from Ho Bay to the German border. The park is an easily accessible day trip from nearby towns such as Ribe, Denmark's oldest town, and Esbjerg, home of the imposing Man Meets the Sea sculpture. It's an unmissable thing to do in Denmark if you love birdwatching, wildlife and exploring intertidal habitats. Visit nearby towns like fascinating Ribe and Esbjerg.

Unique things to see at the Wadden Sea National Park

When the tidal waters retreat, the exposed seabed comes to life and teems with creatures. The Wadden Sea’s sand dunes are popular resting places for breeding colonies of seals. During spring and autumn, you’ll witness the arrival of enormous flocks of migratory birds. Around 12 million migratory birds pass through the Wadden Sea National Park en route to breeding and wintering grounds around the world.

The islands in the Wadden Sea National Park are popular holiday destinations in Denmark. Rømø Beach is one of the biggest beaches in Europe. For a unique thing to do, take the tractor bus to Mandø island or head to the incredible International Kite Fliers Festival on the island of Fanø.