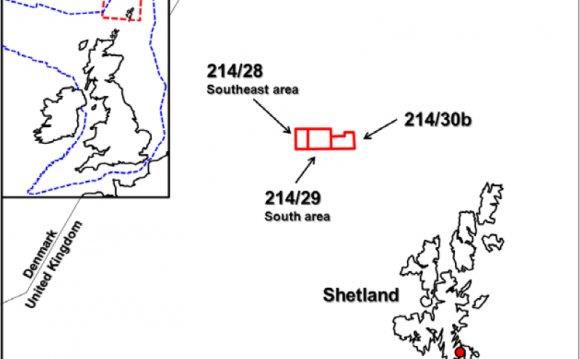 The Chestnut oilfield is located in block 22 / 2a in the Central North Sea, about 290km east of Aberdeen, Scotland, in 120m of water. Aberdeen-based Venture Production Plc is the operator with a 69.9% interest, Bow Valley Petroleum holds 15.1% and Atlantic Petroleum has 15%.

Venture acquired a 5% stake in the field in 2001 and increased that holding to just less than 70% after its previous owners – a consortium including Amerada Hess, Premier Oil Exploration, Roc Oil UK, Fina Petroleum Development and AGIP UK – deemed it unviable as a standalone development.

Originally discovered in 1986, it is one of the smallest and oldest undeveloped standalone oilfield developments in the North Sea, and the project illustrates an emerging trend in oil exploration.

Venture, which specialises in exploiting such stranded, untapped reserves, drilled a new, vertical water injection well and is re-using the horizontal production well drilled by the original consortium.

"Chestnut is located in block 22 / 2a in the Central North Sea."

Chestnut has estimated net recoverable reserves of 6.8m barrels of oil equivalent, and production, which began in late September 2008, is put at an initial average net rate of 6, 000-10, 000boepd.

After carrying out reservoir modelling of the field in 2009, the overall recoverable reserves from the field have increased by 2-5 million barrels of oil equivalent.

Approval for the development of Chestnut was obtained from the UK Government's Department of Trade and Industry in late 2005. The original consortium had drilled and tested the production well (22 / 2a-11X) in 2001 at rates of 10, 000-15, 000boepd.

The extended well test lasted for about four months and about a million barrels of oil were produced before it was shut in. Then, in mid-2006, the water injector well (22/2a-12) was drilled and showed pressure communication with the production well.

The two wells were tied back to the FPSO Sevan Hummingbird, the second such Sevan Marine 300 unit to be built and the first cylindrical FPSO to be deployed in the North Sea. It is under a five-year contract to Venture worth about $365m, making it much cheaper to deploy than conventional rigs and so allowing the commercial development of small fields such as Chestnut.

"The oil is brought up from the reservoir through three risers from the wellhead."

The Hummingbird's hull was built at the Yantai Raffles Shipyard in China, after which it was moved to the Keppel Verolme Shipyard in Rotterdam, Netherlands, where the outfitting and assembly of the processing plant took place. The hull is fitted with the necessary machinery, power generators, transformers, electric boards, fire control systems, ballast pumps and cargo pumps. The main components on deck are living quarters with control rooms, a workshop, life vessels, helipad, cranes, on and offloading system for oil, and anchor winches.

The geo-stationary FPSO has an oil storage capacity of 300, 000 barrels – about a month's worth of production can carry up to three risers and umbilicals, and has an oil processing capacity of 30, 000bopd and a water injection capacity of 20, 000bowpd.

Pilotage Louise Knutsen from the North Sea to the Port of ...

Arctic convoy of British ships underway in the North Sea ...