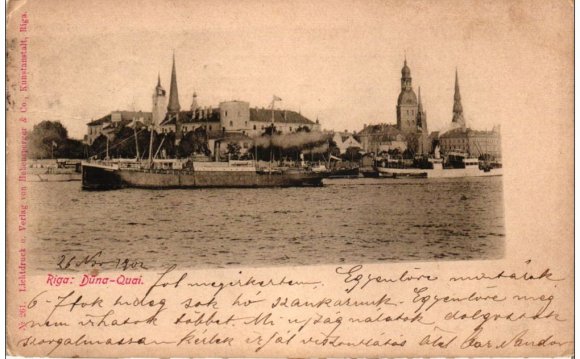 Riga is the business capital of the Baltics and it is the only capital of the three that has a real big-city buzz. The city is now firmly on the tourist map with an increasing number of both budget carriers and full-fare airlines now connecting the Latvian capital with other European cities. The Latvian Air Baltic is certainly one of the best functioning local carriers in the Baltics.

The focus of Riga, as it has always been, is firmly on the Old Town, which tumbles towards the banks of the Daugava River in a maze of cobbles, voluminous spires and impressive squares. Riga has also Europe's most impressive array of Germanic art nouveau architecture, a fact recognised by UNESCO on its World Heritage List. Much of the art nouveau lies across Bastekalns Park in the New Town, the commercial and business heart of the city, with its broad avenues and grid-like layout, while further downriver is the city's sprawling port.

The Baltic Sea is just over 12km away and Riga's weather is not as harsh as many people imagine. Winter can indeed be long, dark and bitter but spring and summer days are often blessed with warm daytime temperatures and long hours of daylight. When the sun shines, the city's numerous parks fill up, tables spill out of cafes and people laze along the city canal in rowing boats, in a scene that is more Mediterranean than Eastern European.

At the same time this historical city boasts a strong cultural presence, as evidenced by its world known Riga Opera house, popular theatres and strong ballet performances. Considered one of the world's most livable cities, Riga has rapidly become one of the most sought-after travel destinations in New Europe.

Over the centuries it has been rebuilt and reshaped by many occupying nations, which is why there are many apparent architectural styles to the building. The cathedral is also famous for its huge church organ, which has 6718 pipes and is the fourth largest in the world. Around the Cathedral is the Dome square, where there are regular festivities, concerts and cultural events. It's a beautiful place to discover.

St.Peter's church is 800 years old and the highest building in Riga. Here Riga was born when the German crusaders founded the city in 1201. Peter's Church has collapsed and burned a number of times but each time it has been rebuilt. The current tower was completed in 1973. The tower has a viewing platform that allows its guests to walk 360 degrees around the tower. From the top of this tall spire, the capital reveals itself in a brilliant panorama.

These are the oldest stone residential dwellings in Riga, with the oldest dating back to the 15th century and can be found in the centre of the Old Town. The oldest house at number 17 is called the White Brother, and dates back to the 15th century. The house in the middle, at number 19, is the Yellow Brother from the 17th century and the youngest is the Green Brother of number 21 from the 19th century. Apart from enjoying the medieval aesthetics of these great buildings, you can also find the Riga Museum of Architecture. It has a large collection of original drawings, plans, blueprints and some great exhibition programs.

Riga Castle dates back to14th century, and now home not only to two museums, but the offices and residence of the President of Latvia as well Though like most castles it's been stormed, destroyed, and re-built it has survived more or less intact since the 1930s, and is a symbol of Riga's beginnings, built on the site of first permanent structure in the city from the 13th century.