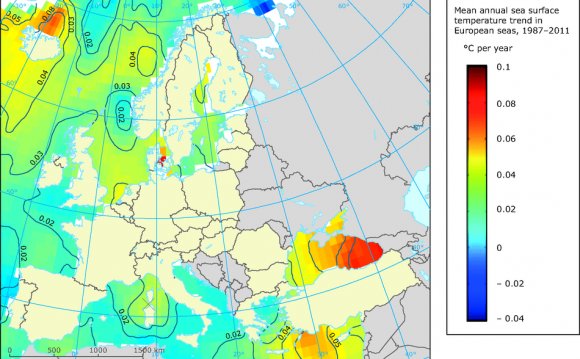 People take a dip in the frigid waters of the Baltic Sea in February, 2010, but a heat wave searing the Baltic region has warmed the sea to temperatures usually seen in more tropical climes, experts said Friday.

"Rarely have we had such sustained tropical air masses bringing average daytime temperatures of 33-34 degrees Celsius over the region of the Polish Baltic for a week as is now the case, " Gdynia meteorologist Marcin Czeczatka told AFP Friday.

This week's highs are still shy of the record 36.3 degrees recorded in 1992 along Poland's Baltic coast, he said.

Some 700 kilometres (400 miles) to the north of Gdynia, Baltic waters in Estonia have also warmed to a rare temperatures.

"The Baltic Sea temperature is well above the average and today on Friday at Narva-Joesuu beach near the Estonian-Russian border it is as high as 26 degrees Celsius, " Ivo Saaremae from Estonian meteorological and hydrological institute told AFP.