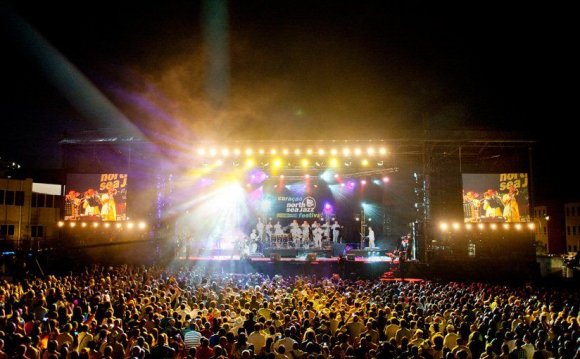 It will be the third visit to the festival for audience favorite Juan Luis Guerra. In 2011 and 2014, the Dominican ‘king of merengue’ also attended and gave great performances that are still being talked about today. He alternates merengue and salsa with bachata mixed with Afro-pop, jazz, and folk songs. For nearly 30 years, Juan Luis Guerra has been one of the most respected Latin artists in the world. With over 30 million records sold, 15 Latin Grammy Awards, two Latin Billboard Awards, and two Grammys, he still leads the charts.
Thursday 1 september

When Pierre-Edouard Décimus and Freddy Marshall introduced the zouk genre with Kassav’ in 1979, they could never have predicted how successful the band would be. By bringing their favorite music Carnival with a modern twist, influenced by, among others, rock, this new music genre was born. In no time, the Caribbean, but also Africa and Southern Europe were at their feet, and the success continues to this day.
Thursday 1 september

Keep an eye out on our website or follow us on or to get notified of program announcements.

Curious about the previous editions of the festival? Check the program archive to see the line ups.