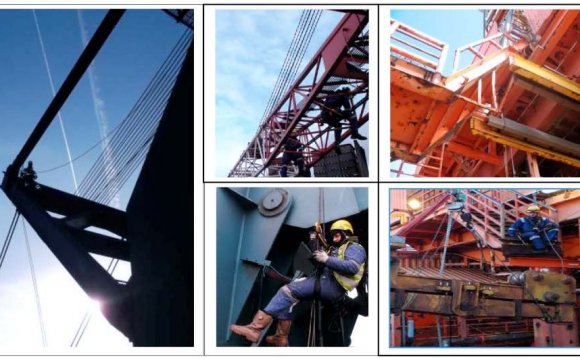 While the North Sea oil industry was toasting tax breaks from the government on Wednesday, offshore workers in Aberdeen found little to cheer.

Down at Aitchie’s free house, a favourite stop near the harbour for oil workers returning from offshore work, neither a pint nor the prospect of financial assistance from the government was soothing the anxiety. One group of workers, back from two weeks at sea, said that from September they would have to work an extra week for the same pay – three weeks on the rig and two weeks off, compared to the current two-two pattern.

“There are no ifs and no buts, ” said Paul. “I have just signed up with a union in case I need legal representation.” His co-worker, who declined to give his name, said morale had never been so bad, with cuts affecting every aspect of life on the rig as oil operators strive to save money in the face of a slumping oil price. “They are even taking out Sky. Now it is Freeview.”

Rig workers are being asked to work more hours for the same pay across the industry, according to Jake Molloy, regional organiser at the RMT union, representing 5, 500 North Sea workers.

While George Osborne boasted that Britain was “walking tall again”, Molloy was meeting industry executives, who told him to expect more pay cuts and redundancies. He said the chancellor’s tax breaks would do nothing to alleviate “slash and burn”. “Mr Osborne put a bundle of cash in big oil shareholders’ pockets … it’s a pretty disappointing day for the guys at the sharp end.”

Tumbling oil prices have been bad news for Aberdeen, home to the highest concentration of millionaires in the country. The riches under the stormy North Sea have fuelled soaring demand for the city’s picturesque granite townhouses and gleaming new flats, while booming commercial activity has helped make Aberdeen the traffic-jam capital of Scotland.

But the North Sea’s problems began long before the latest oil-price rout. Ageing wells mean production has been in decline for 15 years, while the industry is drilling fewer new wells than at any time since the dawn of North Sea oil in the 1960s.

Wood, who completed a review of the UK’s remaining and gas reserves for the government last year, estimates around 15bn barrels of oil could be recovered from the North Sea in the next four decades as a result of Wednesday’s budget changes.

“It is not a question of whether the industry deserves it or not: it is purely in the selfish interest of UK plc, ” he told the Guardian. But he forecast that up to 10, 000 jobs could still be lost in the next 18 months. The UK offshore oil and gas industry currently employs around 375, 000 people, but a report by consultancy EY last year estimated that nearly 10% of those jobs could be lost over the next five years.

Stewart Mitchell, chief executive of Sparrows, a firm providing offshore services such as crane engineering and laying cables, said the government had listened to the industry. While he did not rule out job cuts, he said: “It certainly makes things a lot easier not to take those drastic decisions right now.”

Shell, a major player in the North Sea, said: “Without rapid change, the viability of the basin is under threat.”

Despite warnings from environmental groups that a boost in North Sea oil production would hit climate change targets, Wood insisted that new oil wells were the best option for “UK plc”. “I believe the UK economy and the UK energy requirements means it essential that we maximise economic recovery from oil and gas reserves.”

But he said the inevitable long-term decline in oil output means that Aberdeen “needs to do a lot in the next 10 to 15 years to plan for a city without oil”.

Back at Aitchie’s, oil worker George Baxter, 65, said he wouldn’t choose a career in oil if he was starting out now. “Say I was a young 20-year-old, I’d be thinking of an alternative in the energy sector. I think it has got to be windfarms, things like that, or fracking.”