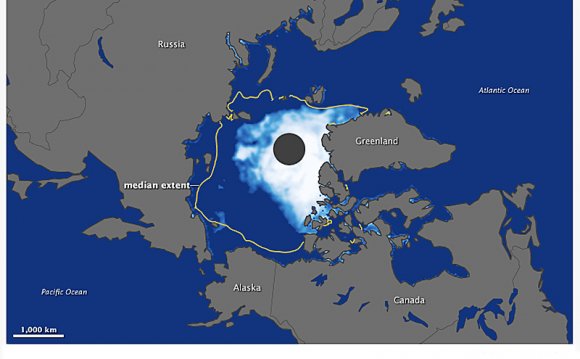 Wintertime Antarctic sea ice is increasing at a small rate and with substantial year-to-year variation. Specifically, the months of May, June, July, September and October show trends of increasing sea ice extent that are just slightly above the mean year-to-year variability. In more technical terms, the trends are statistically significant at the 95% level, although small (~1% per decade as of 2014).

Climate models projections of how Antarctic conditions will change are in reasonable agreement with weather and climate observations to date. However, global climate model projections for sea ice trends around Antarctica are at odds with what is being observed. Nearly all models to date project a slight decline in sea ice extent at present and for the next several decades. The mismatch between model results and observations is a topic of research, and a basis for investigations to find the processes that must be added to the models to align them with what is observed.