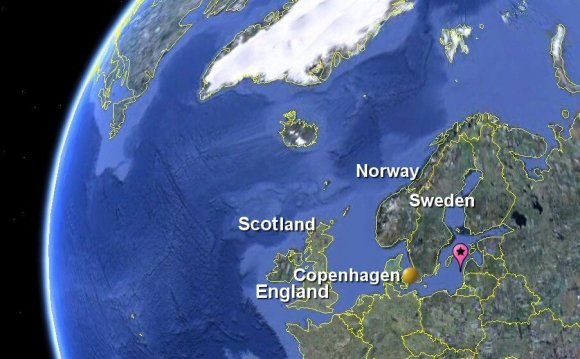 In the Baltic Sea ice conditions vary greatly. The annual ice cover is at its greatest between January and March, usually around the end of February/beginning of March.

The ice formation in the Baltic Sea starts along the coasts of the northern Bay of Bothnia and the inner Gulf of Finland. This occurs usually in October-November. Thereafter the freezing spreads to the Quark, the open Bay of Bothnia and the coasts of Sea of Bothnia. In normal winters the ice gets to cover also the rest of the Sea of Bothnia, the Archipelago Sea, the whole Gulf of Finland and parts of the northern Baltic Proper.

In mild winters the Sea of Bothnia doesn't freeze at all and the Gulf of Finland only gets a partial ice cover. In severe winters the ice reaches the Danish Sounds and the central Baltic Proper. The last area that freezes up is an area north-east of Bornholm in the Southern Baltic Sea.

The ice in the Baltic Sea exists as fast ice and drift ice. Fast ice is situated in coastal and archipelago areas, where the depth is less than 15 metres. It develops during early ice season, and remains stationary to the melting period.

Drift ice movements are large: in stormy conditions thin drift ice field can move 20-30 km in a single day. The motion results in uneven and broken ice field with distinct floes up to several kilometres in diameter, leads, and cracks, slush and brash ice barriers, rafted ice and ridged ice.

The ridges and brash ice barriers are the most significant obstructions to navigation in the Baltic Sea. Powerful, ice-strengthened vessels can break through ice up to almost one metre thick, but they are not capable of navigate through ridges without icebreaker assistance. Ice dynamics affects navigation considerably – high pressure in the ice fields can be dangerous to the vessels, and it may at least cause time delays from hours up to days.

The Finnish Ice Service of the FMI classifies the severity of the Baltic Sea ice seasons into three classes: mild, average and severe. Fourth class, extremely severe can also be used. Classification is done according to maximum extent of ice cover and it is based on winters 1960-61 ... 2009-10.