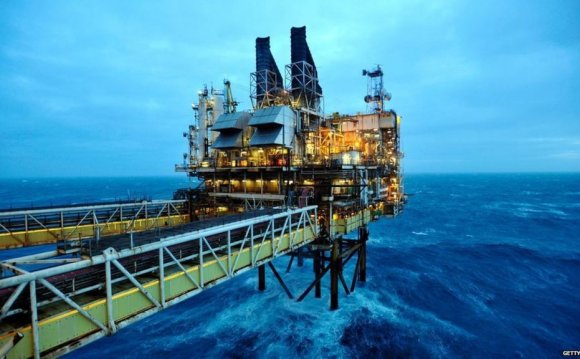 White foam or green tides on the beach, fish mortality and failed mussel harvests. The consequences of excess nutrient levels (eutrophication) in the water can be observed both in the Southern North Sea and the English Channel. Research organisations from Flanders, Great Britain, France and the Netherlands have joined forces in the European project ISECA (Information System on the Eutrophication of our Coastal Areas) to improve the monitoring of eutrophication. VITO joined the initiation of a new information platform combining in-situ measurements, satellite images and model simulations. A public website also aims to create awareness among the general public regarding the issue of the growth of algae in marine waters.

Eutrophication is well addressed by the European Water Framework Directive and the OSPAR Convention of 1992. European policy strives to effectively manage our river basins and coastal waters, by limiting the maximum amount of nutrients that may end up in the water. It is in fact the nitrates and phosphates from agriculture, industry and domestic water that lead to undesirable algae growth, with adverse effects on the marine ecosystem and on the economic activities in the coastal area.

Jean-Luc De Kok from VITO: “Algae occur naturally at sea, but they grow faster when nutrients such as nitrogen and phosphates are abundantly present in the water. A slight increase is not detrimental and can even boost certain fish populations. However, excessive stimulation turns the water turbid and results in a lack of oxygen and, in worst case scenarios, fish mortality. This is due to eutrophication, which in turn causes explosive algae growth, to such extent that they are referred to as ‘algal blooms’ or ‘harmful algae’. Along the coast, foam formations are observed, sometimes meters high, causing beaches to be temporarily closed. The failed harvest of Zeeland mussels in 2001 was due to extreme algae growth.”

Under extreme conditions, harmful algae can also pose a risk to humans and land animals. The algae plumes washing up on the beach produce sulphur gases that can be mortal. “A few years ago, dead wild boars were discovered in the French dunes – they had perished from a lack of oxygen, ” recounts Jean-Luc De Kok. “However, harmful algae are also dangerous in lower concentrations, even though the consequences are not always immediately visible. It is therefore important to effectively monitor algal growth and to focus policy on reducing eutrophication.”

An image of the Web-based Application Server (WAS), which was developed for the ISECA project, is accessible via a VITO server. Using calendar navigation, the WAS provides direct access to remote sensing images (EO Layers) stored at Plymouth Marine Laboratory, measurements of sea water quality (In-Situ Missions) and model-based calculations (Models). This example shows a remote sensing image for chlorophyll-a, an important indicator for eutrophication. Researchers can add their own water quality measurements (Upload Data), so that they are accessible to all users. Historic measurement time series, appearing for example at the bottom of the screen, can also be accessed. This provides useful information about peaks in measurement values, which can provide an indication of the presence of harmful algae during certain periods.

The ISECA project wants to increase awareness regarding the problem of eutrophication in our coastal areas amongst policymakers and the general public, but is also targeting the research community. ISECA was launched at the beginning of 2011 and unites Flemish, Dutch, French and British knowledge partners, with financial support from the European cooperation programme, INTERREGIVa - Two Seas. The French organisation ADRINORD (Association pour le Développement de la Recherche et de l'Innovation dans le Nord Pas de Calais) coordinates the project; VITO is involved as a partner and has developed the web application server that will make the information system available online. The project’s objective is to develop an information platform based on data originating from remote sensing, model simulations and in-situ measurements.

According to Jean-Luc De Kok, ISECA’s strength lies in the integration of various types of information: “In-situ measurements alone provide snapshots only. The combination of model calculations and satellite images, which monitor, for example, the colour of the water, provide a complete picture of the situation.” Computer models are also valuable because they analyse the causes and impacts of eutrophication and could help forecast algal blooms. The advantage of remote sensing data is that it is fully available and cost-effective in comparison to in-situ measurements.

The shipping company, as a rule, does a full round of the vehicle before its loading on the auto truck. The auto transport services include searching for any scratches or scrapes and noting them. It will be a valuable proof in case something is damaged; similarly, when the client wants to check the arrived vehicle for any damage, which can occur during transportation. Having taken several pra — and post-transfer photos will be a good idea in case one needs of support of requirements about compensation of damage.