Map of the Baltics 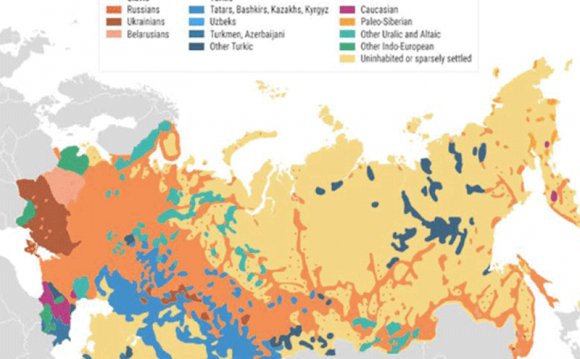 The Baltic States are three countries of Europe, with a long history and diverse culture between regions. The three countries were independent, then occupied by the Soviet Union, but they were among the first to break away in 1990—91 and today are proud members of both the European Union and NATO.

Despite the three nations' similarities in history, politics and geography, their languages and culture belong to two distinct language families. The Latvian and Lithuanian languages make up the living members of the group of Baltic languages, spoken by the ethnic Balts in the region, which belongs to the Indo-European language family. Therefore, the Balts are Indo-Europeans.

The Estonian language, on the other hand, is a non-Indo-European language and instead belongs to the Baltic-Finnic subgroup of the Finno-Ugric languages, sharing close cultural and historical ties with the Finnish language and culture. Also, the ethnic Estonians are related to the ethnic Finns, which both descend from the Baltic Finns.

The peoples of the Baltic countries also belong to different Christian denominations. Believers in Latvia and Estonia are mostly Lutheran (except for Eastern part of Latvia, which is Catholic). Lithuania is principally Catholic.

However, many people in Estonia do not believe in God. According to a study, Estonia has 49% of its population say that they have no belief in God which puts Estonia on the map as one of the least religious countries in the world.

Each of the three Baltic countries has the language of their respective titular nationality as an official language. Russian is spoken by the majority of the population in all three countries, and English is increasingly spoken as well, especially by the younger generations. Any attempt to speak the native language will be greatly appreciated. German is also spoken by some in all three countries and plays a historical role even though German-speaking minorities vanished after WWII; Finnish is understood in Estonia due to the similarity of Finnish and Estonian (but also spoken quite well by many due to access to Finnish TV and heavy tourism), and some Polish is also spoken in Lithuania.

Note on Russian: as the status of the Russian language has been a contentious issue since the collapse of the USSR, and due to heated anti-Russian sentiment, it is advised that if you speak Russian, you attempt to first communicate in the native language, at least to issue greetings and ask if the person speaks Russian. The greatest hostility towards Russian tends to be found in Estonia and Latvia, while Lithuania seems to have the least anti-Russian language sentiment. In the cities, especially Riga, many people may be native speakers of Russian, but in rural areas Russian will be spoken much less. Ethnic-Russians still live in all three Baltic Republics brought there mainly under the Soviet regime. Obviously, they are native speakers.

Riga Airport (RIX) is by a large margin the busiest hub in the Baltic countries, and is also the main hub for AirBaltic [1] which connects to around 60 other European cities. The airport also serves a single intercontinental route to New York (JFK) with Uzbekistan Airways [2]. Tallinn Airport (TLL) is hub for Estonian Air [3]] as well as a secondary hub for Air Baltic along with Vilnius Airport (VNO). Czech Airlines, Finnair, LOT Polish Airlines, Lufthansa and Norwegian flies to all 3 airports.