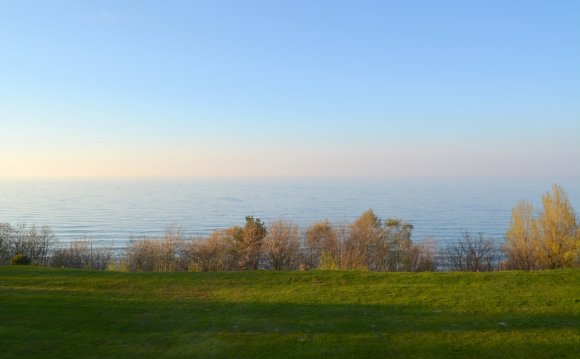 The Baltic Sea has endured continuing popularity as a cruise destination - and for good reason. Not only do cruises to this area allow you to see Northern European countries you might never step foot in otherwise, but the generally calm waters also provide a smooth and pleasurable sailing experience. (Plus, it's a cheaper way to visit a notoriously expensive part of the world.)

While at least 10 countries have ports on the Baltic Sea, don't expect to see all of them on the typical cruise. On our 11-day Baltic voyage on Holland America's Eurodam, we visited six countries, including some that would have been logistically more difficult to visit on our own.

Ready to begin your Baltic journey? Take a peek at seven popular stops.

Copenhagen might be best known for Tivoli Gardens, the world's second-oldest amusement park, but truth be told, there's so much more to see that you might want to skip it. Instead, peruse Tivoli's perimeter, and then either walk or pedal the city. Copenhagen is one of the most bike-friendly cities, and rentals are easy to find. After visiting the Little Mermaid, who celebrated her 100th birthday in 2013, meander down the Stroget, one of Europe's longest pedestrian streets, a mecca for shopping and restaurants.

Ask anybody who's been to this medieval city what stands out most, and you'll hear about the fairytale spires. You'll get a wonderful view of them - and Old Town, a UNESCO World Heritage site - from Toompea Hill. The city is small enough that you can walk there, but wear supportive shoes, as the streets are cobblestoned. Back in town, stroll by St. Alexander Nevsky Cathedral, a Russian Orthodox church with the city's largest church bell, and St. Nicholas' Church, which houses a small art museum. Once you reach Raekoja plats (Town Hall Square), take a look at the handicrafts being sold by local merchants.

Tip: Tallinn is a Wi-Fi mega-hotspot, most of it free. If you want to connect without having to pay the ship's fees, bring your devices with you.

Prepare to be enchanted by St. Petersburg, dubbed "Venice of the north" because of its numerous canals. It's also one of the world's most beautiful cities, boasting cathedrals, museums and palaces, and a history steeped in conflict and intrigue. Many cruises spend two days there, allowing you to come back into the city at night, when you can go out to dinner or catch a ballet.

During the day, make sure you visit some of the city's most popular - and artistic - attractions, including the Hermitage, with its 3 million works of art and artifacts; St. Isaac's Cathedral; and the Church of Our Savior on Spilled Blood, where Alexander II was assassinated.

Having a summer home will take on new meaning when you venture outside St. Petersburg to two of the area's most famous palaces. The first is Peterhof Palace, built by Peter the Great and dubbed the "Russian Versailles." Yet it's the grounds that captivate people, as they're adorned with hundreds of statues and fountains, including some that trick visitors. The main fountain, the Grand Cascade, has a "dance" set to music during the summer. Meanwhile, in Pushkin, you'll find Catherine Palace, another beautiful palace which was restored after World War II; the highlight is the amber room.

Tip: The best way to see all of the sights is through a tour. Although you can book through your cruise line, you can also find tours on your own by doing research online. They're often cheaper and accommodate smaller groups of people, making the experience more intimate, personalized and enjoyable.

Pictures from the object in the Baltic sea

New UFO pictures and video from the Baltic Sea!!! English ...