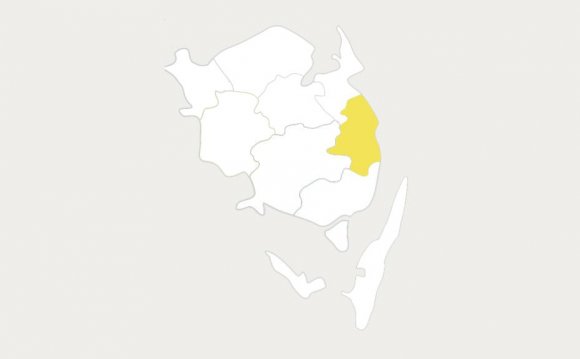 The Great Belt Bridge (Danish: Storebæltsbroen) which connects Zealand with Funen is without any doubt the biggest of Denmark’s many bridges. It’s also one the world longest suspension bridges and the biggest outside Asia, which makes it a unique experience to drive across. The Great Belt Bridge is the only toll road in Denmark, besides The Oresund Bridge, connection Denmark and Sweden.

The motorway across The Great Belt Brigde (E20) is only open to cars, motorcycles and other vehicles. Bikes are not allowed on the bridge. Bike riders need to take train across the Great Belt from fx Nyborg Station on Funen or Korsør Station on Zealand. The one way cost for crossing the Great Belt Bridge in standard car is at the moment 220 DKR (2011), but different types discounts are available, fx “return the same day tickets”.

For adventures tourists, is not possible to take an exit on the island of Sprogø, the little island between Zealand and Funen. The island is closed to the public. If you want to take photos of The Great Belt Bridge, your best shot is Exit xx onZealand, before (westbound) or after (eastbound) the Great Belt Toll Station. At Exit xx, you follow the signs for the “Ice Boat Museum” (Danish: Isbådsmuseum), which will take you all the way to a parking area on the tip of Halskov Odde. From here, you have great views and photo opportunities of The Great Belt Bridge.

The Great Belt Bridge is hardly ever closed to car traffic, but there are from time to time restrictions for tall vehicles, when strong winds are blowing north-south. A few times, the bridge has been closed down for all kind of traffic. That happens ones or twice every year, when very heavy storms hits Denmark. In the wintertime, there have also been a few incidents with falling ice from the cables on the bridge, that made it to risky to cross the bridge, when huge blocks of ice felt down on the roadway. And finally the bridge can be closed for traffic shortly, when huge cruise ships needs to cross under the bridge.