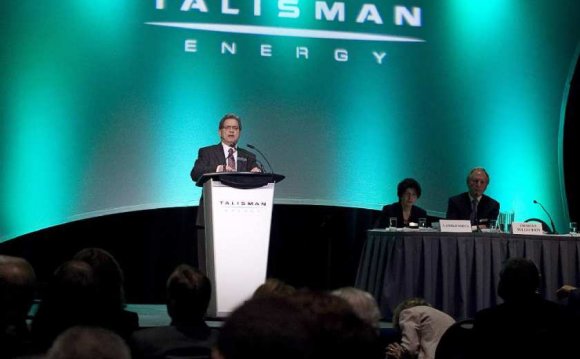 TSEUK’s principal operating areas encompass a total of 42 fields in the UK, 32 of which are operated and ten of which are non-operated. TSEUK’s working interests in fields range from 5% to 100%. TSEUK also has interests in a number of production facilities and pipelines, including a 100% interest in the Flotta Terminal. Pursuant to the TSEUK shareholders’ agreement, Talisman agreed to spend up to $2.5 billion over five years (2012-2016), on projects that meet a prescribed economic threshold. Of this amount, Talisman expects to spend approximately $0.5 billion for each of the next two years.

During 2014, TSEUK continued to make progress on the Montrose Area Redevelopment project, which was sanctioned in 2012. The project is expected to be completed in 2016/2017 with peak production impact currently expected in 2018. 48% of the project was complete as at year-end. Also in 2014, commercial arrangements were agreed upon to continue Buchan production to 2017 and Blake production to 2019. The Seagull exploration well was drilled, with success to be determined in 2015. Production from the Golden Eagle Area Development was first received at the Flotta terminal in November 2014.

Throughout 2014, TSEUK was challenged with respect to asset downtime issues and declining production volumes. Lower production for the year was primarily driven by operational issues at Auk and Clyde, as well as an extended unplanned outage at Montrose and Arbroath.

A business improvement review of TSEUK was also completed in 2014, resulting in the creation of two distinct business divisions, Operations and Late Life Assets, as well as a new leadership team and a performance improvement program to focus on better value delivery.