Rigs in the North Sea 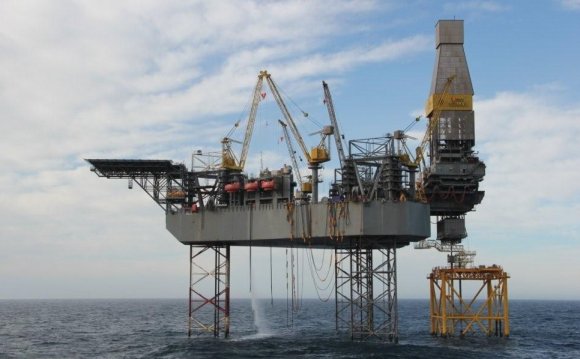 The evacuations came a day after one person died and two were injured when a big wave hit a rig belonging to China Oilfield Services Ltd that had been drilling at the Statoil-operated Troll field, also in the North Sea.

Norway has been experiencing stormy weather since Wednesday, which caused a sea barge to break its anchor and head toward the rigs. The Norwegian oil safety watchdog said that the barge could inflict severe damage if it hit a platform.

"(The barge) is a very big structure and if it hits the platform it can inflict a very severe damage, so it was a wise decision to evacuate the platform, " a spokeswoman for the Norwegian Petroleum Safety Authority told Reuters.

The field's production was shut, BP said. The field, operated by BP and co-owned by Hess, was producing at a rate of about 50, 000 barrels per day before the shutdown.

On Thursday, the China Oilfield Services Ltd rig which experienced a fatality was making its way to the Norwegian coastline and was expected to reach land later in the day.

Close to 50 people out of 106 staff onboard, whose living quarters were damaged during the storm, have already been evacuated.

"The weather was rough during the accident, with waves as high as 14 metres and wind speed 25 to 30 metres per second. Strong winds prevented a helicopter from landing on the rig and people had to be lifted, " Eileen Brundtland, a spokeswoman at the Norwegian Petroleum Safety Authority, told Reuters.