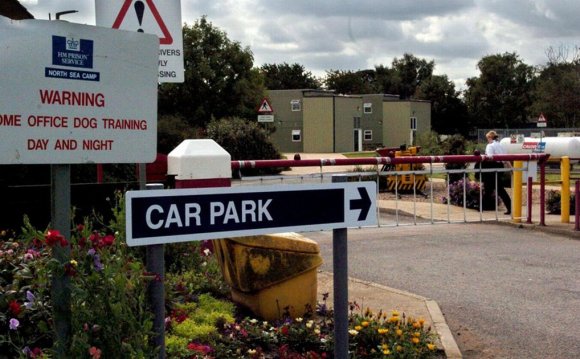 North Sea Camp is an open Category D prison, which opened in 1935 as a Borstal. The original group of staff and trainees set out from Stafford Prison and established a tented camp at the site. They immediately began building a permanent structure, some of which remains to this day. They also set out reclaiming land from The Wash by building a new sea bank in front of the old one. The land in the enclosures was further drained and converted into prime agricultural land. This work was completed in 1979. The reclaimed land was used for farming before being sold in 2004.

Accommodation: The operation of two long term houses at North Sea Camp were identified as ‘the best example of resettlement work the Director General had ever seen'. Since April 2012 there have been an extra two units added onto the Jubilee project.

The North and South Units are the original dormitories which have been converted to smaller multi occupancy rooms. There are predominantly 2 offenders in each room, however there are still some small dormitories in use. There are a total of 7 single rooms.

The Harrison and Llewellin modular temporary units accommodate a total of 60 offenders each. 40 of the rooms are singles, the other 40 rooms accommodate 2 offenders in each room.

The Jubilee accommodation utilises 10 semi-detached houses, 8 of which are beyond the prison gate. There is an emphasis on allowing offenders to develop independent living skills when residing in the Jubilee houses. Prisoners have access to fridges and cooking facilities. 9 of the rooms are singles, the other 29 rooms accommodate 2 offenders in each room.

Single rooms are generally allocated to the offenders that have been in the establishment the longest.

There is now a non smoking policy in operation and all of Harrison Unit, South 1 and North 4 are classified as Non Smoking accommodation. A Disabled landing on North unit has also been created with disabled shower access.

Reception criteria: Normal reception arrangements. North Sea Camp is a Category D prison and accepts all suitable persons who fit North Sea Camp's criteria. Indeterminate sentence prisoners are accepted, although applications are pre screened so as to ensure that the prisoners needs can be met prior to acceptance.

Regime: Includes full and part time education covering Functional Skills qualifications, IT and personal development courses along with workshops in painting and decorating and bricklaying. Farms and gardens offer courses in horticulture, tractor driving, lawnmower repair, animal care and also fork lift truck driving. NVQs are available in catering. External training opportunities are available as part of the resettlement packages. Weekend courses are also available including food safety, health & safety and IT. There is a strong emphasis on resettlement within the prison with almost one third of prisoners undertaking community or paid work.

A Listener scheme is in operation, which is part of the safer custody programme.

Prisoners assist with the care and supervision of special needs groups (adults and children) who come in to the gymnasium from the community on a weekly basis.

The courses are attended in the community:

CALM – Controlling Anger and Learning to Manage It