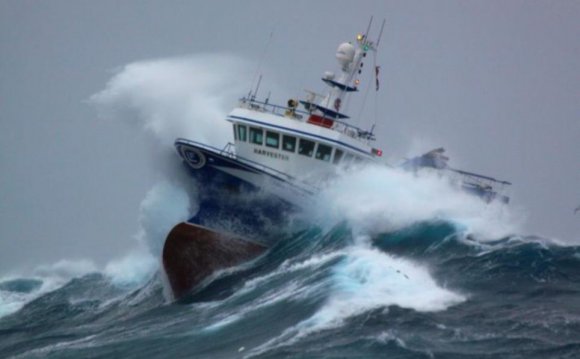 Television shows and other media outlets identifying the industry’s incredible earning potential, yet dangerous work environment have sparked a strange allure toward the Bering Sea (Area 4) crabbing industry. It isn’t surprising that an industry that offers such high incomes would draw an interested crowd, but it has also captured the imagination and awe of the adventurer as well. Corralling a crowd that is both interested in money and adventures on the open sea.

The dangers of crabbing in Alaska are very real. The Bureau of Labor Statistics usually ranks Alaskan crab fishing the occupation with the highest mortality rate (300:100, 000). Most of these deaths are reported as death by drowning or from hypothermia. Additionally, many more people each year are injured and crippled due to the machinery in use onboard. One of the reasons crabbing in Alaska is so dangerous is because it takes place during the winter months, when crab harvests are at their highest. During the winter, waters are colder, storms are more frequent and the ocean is considerably more difficult to manage. Up until about 2005 the crab industry in Alaska ran on a derby system. This system meant that at the opening date for the season boats left for harvest and crabbed until the quota was met for the year and the crabbing fleets were called in. Fishermen would crab 24 hours a day with crews resting very little in order to catch as much as they could as fast as they could. This added to the human error aspect in the dangers of crabbing and also contributed to many deaths. These hours and risks were considered well worth the pay when a deckhand on a crabbing boat could fetch anywhere from $50, 000 – $100, 000 during a season.

Discovery Channel’s is a documentary style show highlighting the drama behind the crabbing industry. Rough seas, tight quarters, intense seasons, long work hours and large pending paychecks made the show an instant hit. It also shone light on an industry people knew very little about and was in and of itself intriguing. Since, the crabbing industry in Alaska has seen huge gains in popularity with fans of the show traveling north trying to get a hand in the crabbing industry. Very few experienced crabbers would suggest heading up north with visions of making thousands in the crabbing industry like the men on the popular TV show, however, some people have been lucky enough to become deckhands after a season of cooking or processing for the industry.

2005 was somewhat of a landmark year for the fishing industry because since then, great pains have been taken to make the industry safer for those working. Additionally, the derby system of catching crab has become less popular with boat quotas and tighter regulations on the industry instated for the benefit of the industry and fisherman. This has ultimately yielded better working conditions for crabbers and higher prices for crab throughout the year.

Before packing your bags and hauling up north, it is best to learn as much as you can about the realities of the work environment and the job market as well. While the Discovery Channel show depicted the more intense arena of the crabbing industry it isn’t by any means a fabrication of what working in that industry entails. The hours are almost certainly cold, long, wet and dangerous. The dangers of the industry shouldn’t be taken lightly as its true that hundreds of people and entire boats go missing each year.

A deckhand position requires heavy lifting, operating dangerous machinery and lots of other physical demands on your body. This might sound on par with very few other physical labor jobs and is only made worse by the long hours at sea, which are also a part of your job description. Keep in mind that in the crabbing industry there are jobs that are profitable but don’t demand as much of you physically. Working as a crab processor is an excellent way for people interested in working extensively in the industry to get their start. It paves the way for connections to be made and allows you to learn just what being a crabber in the Alaskan waters is really like. Some insiders will tell you that if you’re willing, or have any cooking skills it’s a great idea to highlight this when speaking with captains and boats during your job search. A good meal is often times the best part of a fisherman’s day and if you can cook – don’t be modest. It might just come to pass that a meal onboard for fisherman in the crabbing industry, could be your meal ticket.

Commercial Fishing most dangerous job in the world