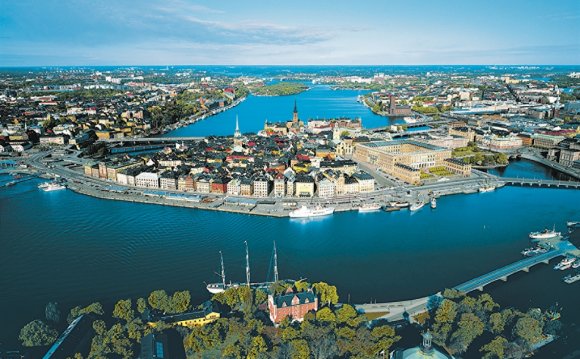 Copenhagen, Denmark The capital of Denmark, Copenhagen, is filled with canals, cobbled squares and copper spires. But don't let the historic appearance fool you. This is also Scandinavia's most cosmopolitan city. Certainly you can relive medieval times in The Latin Quarter, but you can also enjoy some of Europe's finest shopping, museums, cafes and nightlife prior to your cruise around the Baltics. Explore more of Copenhagen on a European cruise! More Details

Berlin (Warnemunde), Germany It's been more than two decades since the walls came down and Berlin became unified in many ways, including the pursuit of joy. Germany's capital city is a city that balances cosmopolitan chic with a liberal undercurrent of creativity and cool. Famous landmarks like the Brandenburg Gate and Reichstag fascinate. The elegant Bavarian Quarter amazes. More Details

Tallinn, Estonia The capital of Estonia impresses cruise guests with its mix of medieval houses and very modern boutiques and caf culture. Journey inside the ancient walls of Old Town to explore stunning Medieval landmarks like Toompea Castle and a 15th Century apothecary shop.

St. Petersburg, Russia Founded by the Russian Tsar, Peter the Great, St. Petersburg has for centuries been the cultural center of Russia, with its spectacular architecture, Tchaikovsky operas and the famous Kirov ballet. It has undergone many changes over the decades, but “The Venice of the North” remains a dazzling cruise destination, a Russian city with a European flair, a city with more than 200 museums, and one of the largest English gardens in Europe! More Details

Helsinki, Finland Welcome to Scandinavia's “White City of the North, ” a city defined more by its people and Art Nouveau architecture than its chilly climate (from October to April). Helsinki is a classic sea-city, with a dramatic coastline colored by bays and inlets. The city keeps its historical roots intact.

Explore more of Helsinki on a European cruise! More Details

Stockholm, Sweden Laced by an ingenious network of waterways and bridges strung between a freshwater lake and the sea, Stockholm is easily seen on foot or by waterway cruise. Its gabled old townhouses peer over cobblestone streets, while its magnificent 17th-century palace sits watching over the harbor. Explore more of Stockholm on a European cruise! More Details