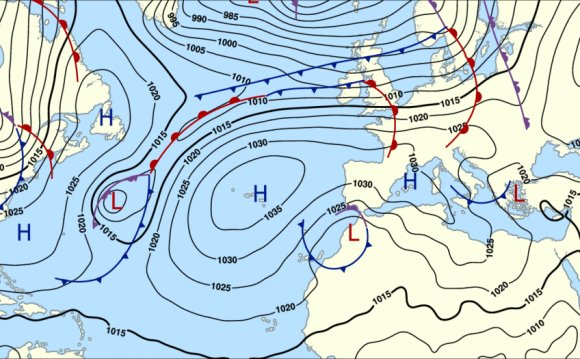 Northerly or northeasterly 4 or 5. Rough or very rough. Occasional drizzle. Moderate or good

The waters around the British Isles are divided into 31 sea areas.

Gale warnings are issued as required throughout the day (for winds of Gale Force 8 or more).

In the UK, the Maritime & Coastguard Agency (MCA) is responsible for the provision of Maritime Safety Information (MSI) to ships at sea, which includes the broadcast of warnings and forecasts. The Met Office initiates warnings and prepares routine forecasts for dissemination on behalf of the MCA.

Caution: The internet is not part of the Maritime Safety Information system and should never be relied upon as the only means to obtain the latest forecast and warning information. Access to the service may be interrupted or delayed from time to time, updates may also be delayed. Please refer to GMDSS services, INMARSAT SafetyNET or international NAVTEX for the latest information. When using these web pages, always check that the page on your screen is not from your cache. Use the Refresh or Reload button if in any doubt.