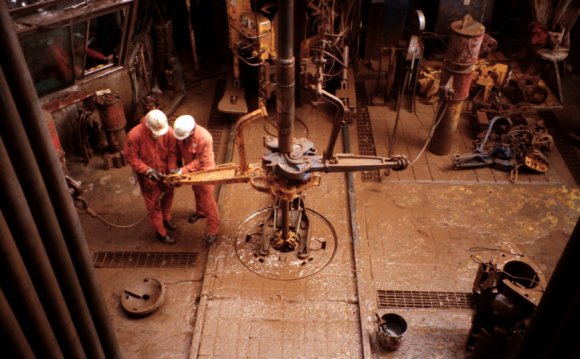 Robert Chote, chairman of the OBR, said receipts from the sector were likely to be negative "in a number of years" as companies receive repayments of past tax to reflect current losses.

"Negative tax receipts are consistent with companies wishing to stay in the industry as both pre-and post-tax profits are expected to remain positive, especially if you exclude what are now unavoidable decommissioning costs, " he said.

The OBR said companies may choose to continue to extract oil from otherwise unviable oil fields in order to offset decommissioning costs, which are expected to rise over the coming decade.

UK oil production costs per barrel are the highest in the world (Source: IMF)

Cumulative receipts over this period are now £129bn lower than the projection in its first FSR in 2011, with almost half of this downgrade attributable to lower oil and gas prices.

While the OBR stressed that the pace of decline was "highly uncertain" and highlighted that other sources such as shale gas "could provide new sources of revenue", calculations showed that even in a scenario where oil prices rose to $209 a barrel by 2041, instead of it central projection of $115, production would remain on a declining trend.

Oil and gas revenues will continue to decline, even if prices pick up (Source: OBR)

Under this scenario, high prices would bring in £33bn in government revenues - which is equivalent to just 0.05pc of gross domestic product (GDP). However, under the OBR's "low scenario", where production declines in line with past trends and oil remains at $60 a barrel, the government would take a £5bn revenue hit, with a small impact on GDP.